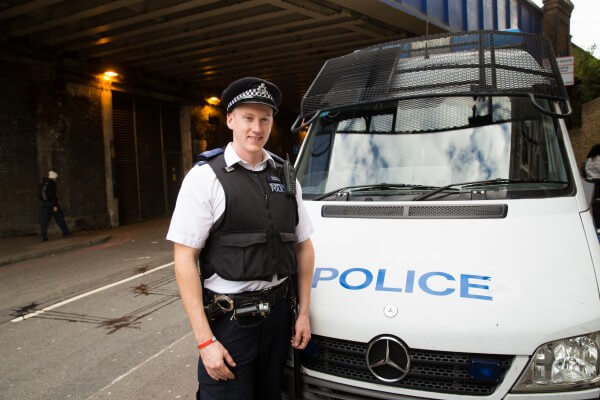 The traditionally busy month of December saw a reduction of up to 50% for reports of anti-social behaviour and violence against the person offences, with the total number of reported crime dropping by 30%.

Vauxhall One, the business improvement district (BID) for Vauxhall, an organisation owned, funded and led by the local business community, has been joint funding two additional fulltime Police Officers for Vauxhall since August 2015. An innovative piece of private/public partnership working, the agreement sees Vauxhall One pay for the cost of one Police Officer with the Met matching that funding for an additional officer.

PC Robinson and PC Watts both formally of the Lambeth response team have a combined 20 years’ experience policing in the local community and understand the nature of the issues that face Vauxhall.

“PC Watts and PC Robinson have been working with great success over the past five months, as part of an ongoing effort to target individuals specifically traveling to Vauxhall with the sole intention of committing crime. December, especially over Christmas and New Year, is regularly one of our busiest periods and to see a reduction in crime at this time of year is extremely encouraging. The team’s robust response to sometimes dangerous individuals coupled with their in-depth local knowledge has delivered these fantastic results for Vauxhall, meaning we have fewer victims of crime and freeing up resources for other issues.”

“Fostering relationships between local businesses and the local police is one of the most important roles that Vauxhall One has to play. I feel that this is a brilliant example of partnership working between our member businesses and the police that has actively helped make Vauxhall a safer place to work visit and live.”