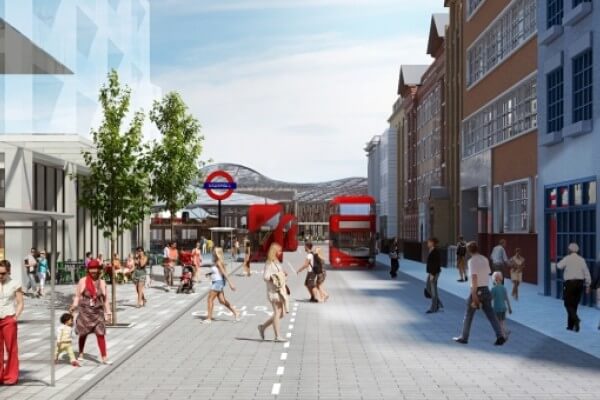 News December 30, 2015 - admin2020 Excellent public spaces & more retail: our members give their views on new transport interchange
The BID welcomes proposals to remove the existing gyratory system, and believes that TfL and Lambeth Council will use the opportunity to deliver a proper town centre for Vauxhall.

Following its survey of members in the late summer, Vauxhall One held a 10th Dec briefing for its members at The Foundry (www.aplaceforchange.co.uk).

Vauxhall One board member Aseem Sheikh introduced the findings from the member survey, which highlighted employees’ desire for TfL to make several key changes to Vauxhall’s landscape, spesicfically more leisure and retail opportunities, as well as better access for pedestrians.

Manni Randhawa from Transport for London then introduced TfL’s latest plans for the transport interchange. Feedback from members included:

There will be an additional session for businesses and charities based in 89 Albert Embankment, to be held in January, exact date to be announced.

Vauxhall One urges all of its member businesses and their employees to view TfL’s detailed plans online here and complete the online consultation here to ensure that business views are included.

Vauxhall One also urged both parties to give serious consideration to more far-reaching options for the scheme, including that generated by local residents.

This seeks to remove traffic from the South Lambeth Road section of the gyratory and to ‘green’ it as part of the green trail that includes the BID’s own ‘Missing Link’ public realm improvements.