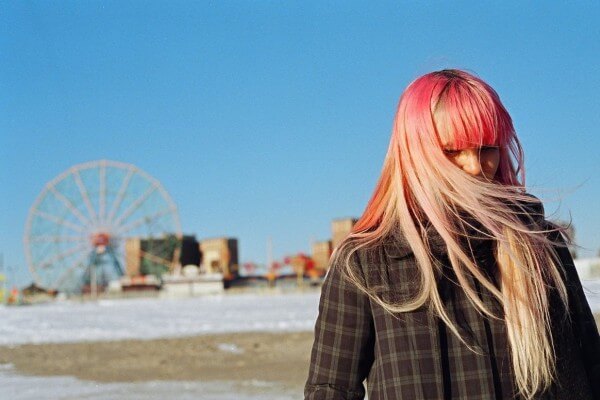 News May 8, 2017 - admin2020 Launch of Bird’s Eye View Vauxhall Cinema Club
Showing the best new and classic films by women from around the world

Bird’s Eye View, whose mission is to celebrate the female contribution to film and The Extraordinary Travelling film Show, a pop-up cinema showing great films in unique places, have come together to launch a unique pop-up film club at The Workshop, Vauxhall.

Not only will this bring the ‘big screen’ to an area underserved in terms of a local cinema, but also each screening is to be followed by a lively Q&A with expert speakers hosted by BEV’s Mia Bays, a Vauxhall-based Oscar winning film producer and director of Birds Eye View film charity. Tickets include a complimentary mocktail and there will be cakes and snacks from a local baker and chef – all guaranteed to make the night special.

The Vauxhall Cinema Club launch with the following season of films:

All this Panic – Thursday 18th May. This entertaining feature-length documentary is like the TV series ‘Girls’ but for real. The film takes a close look at the interior lives of a group of teenage girls as they come of age in Brooklyn.

A United Kingdom – Wednesday 14th June. Starring David Oyelowo and Rosamund Pike, this is a moving true story set in Botswana and London in 1947. The film is written and directed by Amma Assante who grew up in South London nearby, so a perfect film to show in Vauxhall.

Postcards from the Edge – Wednesday 5th July. The season ends with the hilarious and outrageous cult comedy based on the even more outrageous memoirs of Carrie Fisher. It’s shown during Pride in London; a great film to help celebrate this festival.

To make these events truly special, the screenings will be held at The Workshop, a temporary community and events space in the heart of Lambeth created and managed by regeneration specialist U+I. The 2000sqm space was once the fire engine workshops of the London Fire Brigade and is now home to charities, social and start-up enterprises and artists. It’s a unique part of Vauxhall industrial history.

Tickets: £10 (+ booking fee) including complimentary mocktail. There is also a concession price for local residents, at £5.

Programme supported by Film Hub London, managed by Film London. Proud to be a partner of the BFI Film Audience Network, funded by the National Lottery. www.filmlondon.org.uk/film-hub-london