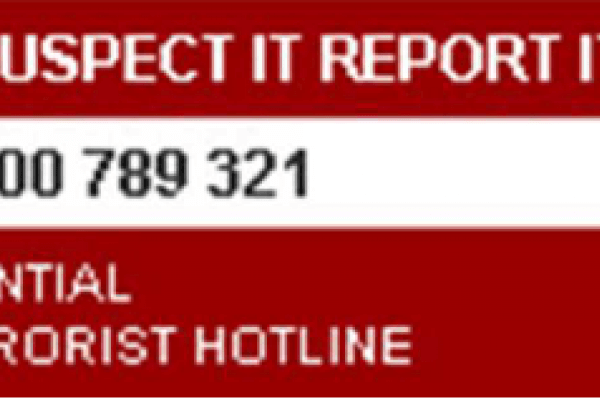 News August 4, 2016 - admin2020 MPS Security Update Message – Operation Hercules
It is important to stress that there is currently no intelligence to suggest that there is an imminent threat to London and the United Kingdom.

In January the Commissioner as part of his commitment to keeping London safe and to meet the threat of determined and deadly armed attackers announced that the Met would grow the number of armed officers by 600.

As the first of those armed officers are now fully, highly trained and operationally ready this operation develops how they can best be deployed to be most effective.

Today, Wednesday 3rd August 2016 the Met has started Operation Hercules, this will visibly deploy more armed officers on proactive operations and targeted patrols, both in vehicles and on foot, at locations across London.

This is not based on any specific intelligence, but is a long term response to best use the increasing number of armed officers we have as part of our commitment to make London as hostile an environment as possible for terrorists.

That means the locations, the types of tactics and the numbers of officers deployed at once will continually change to maximise the effect of our deployment and avoid any predictability.

Our armed officers will work alongside specialist colleagues, including Neighbourhood officers, dogs, TSG, Marine Policing Unit and Mounted Branch, using ANPR technology and tactics such as vehicle check points, with the specific aim of deterring or disrupting any terrorist activity.

We know that talking to Londoners is vital, both for public confidence and intelligence gathering. These officers will be actively engaging with the public.

Our dedicated neighbourhood officers, who are increasing in number, will continue to play a key part as the eyes and ears of the Met within our communities.

Our efforts to tackle gun and gang crime will continue as before, and as they are separate to this will not be affected.

It is a sad reality, and one that we must prepare for, that is highly likely our City will face an attack by terrorists. We learn from every terrorist attack around the world, including the horrific events in Paris in November 2015 and recently in Nice, and that learning shows us that attack methodology is constantly changing.

We will never be complacent – our tactics must be kept under constant review, and we can increase our numbers and change our tactical options based on what the threat level tells us.

In the event of an attack, we have more specialist officers available. There is now a 24 hour immediate response team of our most highly trained and skilled Counter Terrorist Specialist Firearms Officers.

These officers are the very best trained and most experienced and would be deployed to resolve the most severe of attacks.

They can operate in the air, on the river and have armoured vehicles and motorcycles at the ready.

There is nowhere in London that is beyond our ability to respond.

We are doing all we can – both through our specialist detectives in our counter terrorism command; working with partner agencies; gathering community intelligence and high profile deployments of large numbers of officers such as Hercules – to keep the Capital safe.

Key to the safety of London is our highly trained, very specialist firearms officers who would run towards danger to respond to any attack.

However, we are not stepping away from our proud tradition of a predominantly unarmed service, 92% of our officers will remain unarmed. We need to recognise the changing threat picture and change to deal with it, just as we have changed our tactics over the many years that we have been dealing with a threat from terrorism to our Capital.

We cannot do it alone and need the public’s help – if you have suspicions then tell us.

The threat to the UK from international terrorism remains unchanged at SEVERE, as it has been since August 2014, meaning an attack is highly likely.

The UK police and security and intelligence services are working tirelessly and at a pace to confront the terrorist threat and keep the public safe. We urge the public to be alert but not alarmed and report anything suspicious to the confidential anti-Terrorist Hotline on 0800 789 321. In an emergency always call 999.