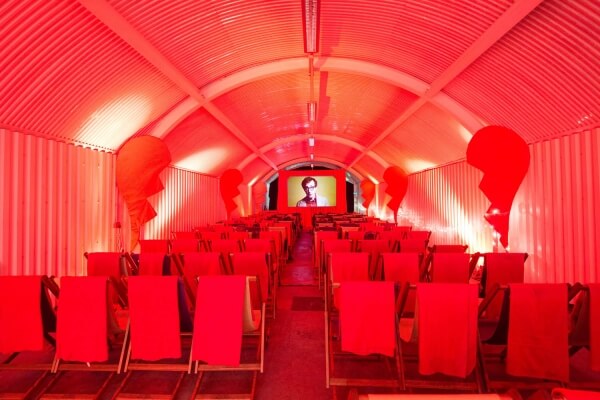 At this year’s British BID conference Vauxhall One was announced the winner of 2014’s proud project award for place marketing of a large location. Out of the 143 Business Improvement Districts across England, Scotland, Wales and Ireland, Vauxhall One’s romantic films screenings over Valentine’s weekend at the Tunnel of Love took the top spot.

Eight romantic cult cinema classics, including Annie Hall, Moonrise Kingdom and Casablanca, were screened over four nights, in an arch leased to Vauxhall One by Network Rail as part of a larger regeneration campaign. The Tunnel of Love also included a champagne cocktail bar, a local florist, a romantic photo booth and a chocolate fondue stall provided by a local start-up.

Vauxhall One’s Tunnel of Love was featured not only in Elle magazine, Metro, The Londonist, Twenty Something and London Town, but was also listed as the number one thing to do on Valentine’s Day in London by Time Out.

A total of 2,000 tickets were sold for the eight film screens, raising over £3,000 for local homeless charity Thames Reach who operate a shelter in Vauxhall.